Phillip Whitten, author or co-author of eighteen books and over one hundred major articles on a wide variety of topics, has lectured throughout the United States and several foreign countries on swimming and on fitness, health, and the aging process. He has published pioneering studies on exercise, aging, and sexuality, and on the effects of exercise in forestalling biological and psychological aging.

The editor-in-chief of "Swimming World" and "SWIM" magazines, Dr. Whitten is acknowledged as one of the world's leading authorities on swimming. He is also a top Masters swimmer, having set several national and world records.

His book “The Complete Book of Swimming" was published in 1994 and is widely used by coaches to provide a text basis for their swim programs. Skip Kenney, Stanford and Olympic coach, says "Finally a book has been written that will put swimming on the map for the general public. Phil Whitten combines a storyteller's gift for creating excitement with scientific knowledge and personal experience. ‘The Complete Book of Swimming’ is a must read for swimmers (and coaches) at every level, and for everyone interested in lifelong fitness and health."

Phil is married to Donna. He has a son who is a swimmer, Russell. Donna has a son, Brett. They live in Scottsdale, Ariz., and swim for the Phoenix Swim Club and Arizona Masters.

Phil received the June Krauser Communication Award in 2012.  Below is the introductory speach honoring Phil for this prestigious award: 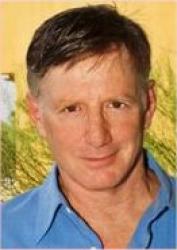 The June Krauser Communications Award is presented annually to a USMS registered individual, or group, whose communicative efforts have contributed to the growth, improvement, or success of United States Masters Swimming. This year's recipient fulfills these criteria and more! His nominators note that this person "has been recognized as the voice of swimming for the past two decades." He was editor-in-chief and chief media officer of Swimming World Magazine and its website, SwimmingWorldMagazine.com for 14 years and produced 170 issues before retiring in 2006. He has been a regular contributor to SWIMMER magazine with more than a dozen articles listed on the USMS website since 2005.

He was the first "Contributor" selected to the IMSHOF - in 2005. The author of 18 books and over 300 major articles on swimming and other topics, he is one of world's leading advocates for swimming at all levels. His best-selling The Complete Book of Swimming is one of the leading authorities on swimming, fitness and health. Our award winner has lectured throughout the United States and several foreign countries on swimming and on fitness, health, and the aging process. He has published pioneering studies on exercise, aging, and sexuality, and on the effects of exercise in forestalling biological and psychological aging.

It is hard to imagine anyone who exemplifies the award description better than our 2012 recipient Phil Whitten. His writings have contributed to not only the growth, improvement, and success of USMS, but to swimming as a sport and a lifelong pursuit of fitness for Masters swimming worldwide. We are all indebted to Phil for what he has done for educating and communicating the extraordinary benefits of swimming and are very proud to recognize his contributions with this award.

Three Reasons Why You Should Run an Intrasquad Meet

Should You Breathe to Both Sides in Freestyle