Enjoying Everything About Swimming

Breaking records and having fun 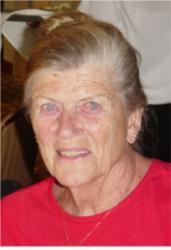 Betty Lorenzi (80-84 age group) joined the Florida Aquatic Swim Team as SUN Masters chapter in 2008. She transferred from Wisconsin Masters, where she swam for over 10 years. She is an All-American in Masters swimming, holding many first place swims, specializing in all distances of backstroke and the 1000 and 1650 free. She has 160 records in the Top Ten since 1998. She broke two of her national records at the SUN Valentine Meet in February (2008), then turned right around and broke both of them again at St. Pete Masters meet in late March of the same year. Her 100 backstroke time was 1:36.88 and her 200 backstroke time was 3:30.09.

Swimming as Betty Shields for the Women's Swimming Association (W.S.A.), she tried out for the Olympics in 1948 in the 100 freestyle and the 100 backstroke, but failed to reach the finals held July 8-11, 1948, at Brennan Pools, Detroit, Mich.

Betty writes: My swimming started when I tried out for The Women's Association in New York City at the age of 14. Until then I had only swam for several country clubs in the Westchester area in the state of New York. I swam for W.S.A. until I was 21 years old, when I got married. In that time I had Metropolitan titles in backstroke and had participated in national competition. I tried out for the Olympics (and should have made it!).

After that I restarted swimming for the Aquashow in New York and later went to the Dominican Republic with a show—met and married in five weeks and continued to move around the Caribbean area with resort hotels that my husband managed. While in Acapulco, Mexico I had a show for the opening of the Pierre Marques Hotel.

Time passes—life goes on and when I was 62 years old I had two hip replacements.

I had heard of Masters swimmers and after a lot of inquiries, I first competed when I was 70 years old in Milwaukee, Wis.

After some years competing in Wisconsin, nationals and worlds I decided to switch to Florida as they had a lot more competition.

Since meeting Joe Biondi, he has helped me improve my times over ten seconds in almost every event I swim.

Backstroke is the name of the game for me and now I also compete in distance freestyle. At the moment I have three world records and some national records in backstroke.

How I enjoy swimming, swimmers and everything involved!

For more about Betty see "Life in the Wet Lane - Octogenarian swimmer still a champion" by Karen Mahoney.

About the Author
Betty Lorenzi