A Man for All Seasons of Swimming 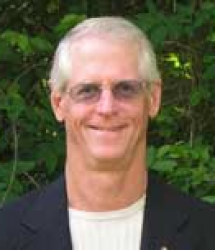 Tom Boak describes how he started his swimming career in 1977. "In 1973 I weighed 211 lbs., had a 38 inch waist, and was totally out of shape. On January 3, 1974, I tried to run a mile and had to stop four times. That day I began a diet. Between diet and tennis, by 1977, I had lost about thirty pounds, but I was growing tired of only tennis and started swimming laps at The Woodlands Athletic Center.”

"A dear friend at The Woodlands, Dick Smith, two time U.S. Olympic Diving Coach, suggested I try competitive swimming. After some research I discovered that Ham and Mildred Anderson were the local contacts in the Houston area. When I called, they told me about a meet in San Antonio in April of 1978, so I entered and swam fairly well. It happened that short course nationals were also in San Antonio that year, I entered. After they discarded the foreign swimmers (the last year that this was done, fortunately), I ended up with a fourth and a sixth and I was hooked."

Tom continued swimming in meets for the next several years, going to nationals at Mission Viejo, Ft. Lauderdale and Irvine. In 1981, The Woodlands bid for short course nationals, and he agreed to be the meet director.

"In October 1981, I went to my first convention in Snow Bird, Utah, mostly to make sure that they didn't pass any rules which would negatively affect our meet. By the end of convention, I had been appointed as Chairman of the Championship Committee, and my involvement in USMS was assured."

"I became president of USMS in 1985 for four years, the experience of my life. During my term I travelled to the World Championships in Tokyo and Brisbane as the representative of USMS. I became active in Masters Swimming International, as did my dear friend E. Kevin Kelly who served as USMS treasurer from 1985-1989. I served four years as president, four more as past president and member of the Executive Committee, then four as Chair of Rules (replacing June Krauser, the grand dame of Masters swimming), then a position on Rules (which I still hold), and now Chairman of the Finance Committee."

Tom has attended every USMS convention since 1981, and he received the Ransom Arthur Award in 1990 and the Meet Directors' Award in 1994.

On the local level, Tom is the founder of The Woodlands Masters Swim Team, and in 1981, a founder of the Lone Star Masters (with Jim Montgomery ). He established The Woodlands Relays meet which is now in its nineteenth year, and has been meet director multiple times, as well as director of numerous local meets and zone championships. He has held every position in the Gulf LMSC from treasurer to president. Since 1989, he has been registered in the Pacific LMSC with Los Altos Masters, and has represented them at the USMS convention.

Tom describes his swimming progress, "As a swimmer, I am accomplished, but not great. I was an All-American in 1988 and 1989, a world champion in all three breaststrokes in 1988 (Brisbane), and have multiple Top Tens, mostly in breaststroke, but an occasional freestyle."

"All of that being said," Tom continues, "The most important thing that has happened to me during my involvement with Masters swimming is that in 1987 I fell in love with and, in 1989, married my wife, Carolyn. Together we have enjoyed the competition, fitness, and especially all the wonderful friendships that we have made, both in the United States and abroad. When I look back at all that has happened, it is clear that Masters swimming has given me far more than I could ever give back to it."

The Ransom J. Arthur Award is presented annually to the person who, in the opinion of the Awards Committee, has made the most significant contribution on the national level within the past year to the promotion of the goals and objectives of the USMS Program. The 1990 Award goes to Tom Boak, Past President of USMS. Tom has devoted twelve years of his time and effort to the development of an internationally acclaimed Masters swimming program for adults aged 25 and over. Tom is as involved in the administrative side of the Masters program as he is in the competitive aspect.