A life in the water 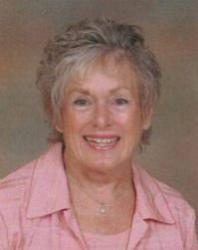 As her daughter Wendy so aptly put it, our friend Beverley Tucker peacefully swam away last Friday, April 4, 2008. She had been ill just a few short weeks and it has been a shock to many of us who remember a vibrant, active, enthusiastic, loving and caring personality just four months ago. Bev invented our term “aquaquack” and to say she taught us well is an understatement. Rarely was she not offering us animated conversation and her quality of life was inspirational. “Where’s Bev going this time?” was always a topic—to Colorado to bike and hike, to Mexico to enjoy her friends, to California to swim in San Francisco Bay, and to Australia to swim in Sydney with the sharks. I always remember her comment when she told us about the helicopters overhead watching for the sharks—she said she had no fear; no self-respecting shark would want her old body with all the young things to choose from! Of course, she spent a great deal of time in Asheville, N.C., with friends and a good team there and her life in Collingwood, at the south end of Georgian Bay in Canada, consisted of a great deal of skiing, which she enjoyed immensely.

Beverley’s long swimming history included many open water swims, which she excelled in. This past year she swam the Lake Placid Swim and she has participated in distance swims throughout the world. In Brazil they were foolish enough to claim she was too old to swim the open water 5K in the Latycar World Championships. With her signature tenacity she prevailed—of course won her age group and swam faster than many others younger than she.

Beverley started her swimming career as a child and was a member of the Canadian Synchronized Swim Team and awarded a demonstration medal at the 1952 Helsinki Olympic games. She was active in Canadian swimming as a member of the TYMS and TOMS teams competing for them in past Canadian National and World Championships. In the U.S. she was a member of the North Carolina Masters Swimming (while living in Asheville). Beverley first joined the St. Petersburg Team around 1981; was former president and influential in bringing the legendary coach George Bole to their team in l984. Tiger Holmes of the Holmes Lumber Jax team recalls the help Bev gave them when many swimmers from Florida made the trip to Australia for the Masters Worlds in Brisbane in 1988. Her friendliness and thoughtfulness in making sure everyone was taken care of was exemplary of her always bright and cheery outlook. Her friends at St. Pete recall the great times at the Penn Flora, which the Tuckers owned, with Bev and her husband hosting many a party there and caring for George after his first heart attack. She was currently affiliated with the SUN Masters Team, coached by Joe Biondi, and a member of the Florida Aquatic Combined Team. She had planned to swim in Perth, Australia at the FINA World Masters Championships this month with her Canadian Team.

About the Author
Joan Campbell

Why Swimmers Should Participate in Try Masters Swimming

USMS Members Taking on the Nations Best at Olympic Trials

How to Build a Perfect Streamline