In 2002, the Board of Managers for the Arthur Jordan YMCA of Indianapolis, Ind., developed a master plan for the growth of their organization and facility. The Jordan Y master plan included the construction and renovation of locker rooms, a chapel, a family recreation center and a splash pad among other goals and objectives. Within five years, the Jordan Y had not only raised $750,000 but had completed its entire "to-do" list with one exception: the splash pad.

The Jordan Y was built in 1960 and is located on 9 acres of land. The large YMCA has over 13,000 members. The facility is roughly 67,000 square feet and has been added to, renovated and improved upon four times.

According to the Jordan Y's master plan, in 2007 phase one and two of fundraising and building was complete and the staff and volunteers were tired, but YMCA Indy SwimFit, led by Coach Kris Houchens, had just gotten warmed up. 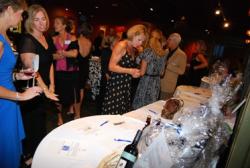 Chris Butler, executive director of the Arthur Jordan YMCA, commented, "YMCA Indy SwimFit didn't need a break. They were ready to do more, raise more and build our splash pad." Kris and others from Indy SwimFit rallied volunteers, gathered information and presented a fundraising plan to the Board of Managers. "YMCA Indy SwimFit's vision was directly in line with ours."

So when you ask, "What have Masters swimmers done this year?" we answer, "Taken on big projects and set big goals."

YMCA Indy SwimFit, with the support of the Board of Managers, the leadership and the staff at the Jordan Y, developed a fundraising campaign and set a goal of the cost to build the outdoor splash pad: $160,000. Though this number seems monumental and almost impossible to some, to YMCA Indy SwimFit it was merely another team goal.

Through the proceeds of a silent auction, which raised $17,000 alone, brick sales and private donations, YMCA Indy SwimFit has raised $52,000 to date: one-third of its goal. YMCA Indy SwimFit, host of the 2009 U.S. Masters Swimming Long Course Championships, will also donate the net profit from the meet to the cause in hopes of reaching its goal.

"What does YMCA Indy SwimFit get out of the splash pad?" one might ask. "Kris and the YMCA Indy SwimFit members are passionate about their sport, about helping children and about the Jordan Y, which has been the home of YMCA Indy SwimFit since it inception," said Chris Butler. In difficult economic times, when children would rather play video games or watch TV than run outside, and when families are often too busy to play, the splash pad will "offer a place for families of all shapes and sizes to recreate together. It will allow children to feel safe and enjoy the water," said Chris. 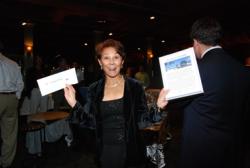 We've read about a program out of Kentucky that so graciously collected toys for Toys for Tots, and we thought that that project was manageable, but as you read this story I can hear you mumbling, "Our program could never take on a project this big." Chris disagrees: "Any Masters program can give back. Ask the leadership at the facility at which you swim what their needs are and develop a plan. Masters swimmers already work as a team; if a Masters program can rally around a good cause, there is nothing that a Masters program can't accomplish."

Whether you commit to collecting a single toy or building a multi-thousand dollar splash pad, know that as a member of U.S. Masters Swimming you can make a difference.

About the Author
Ashley Gangloff

2008 Reflections in the Pool

Relay for Life in the Pool