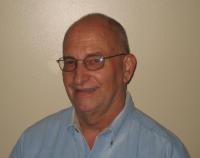 I have been involved and a leader in USMS for over 30 years as a competitor; LMSC Chair (PVLMSC); meet manager (25 years including two large Colonies Zone Championships); official (at all levels with USA-S, USMS, NCAA); chair and member of a number of national committees; and, coach (USA-S, USMS, etc.).

Sustain growth within USMS while providing applicable services to our members who have diverse needs and desires. When coaching I sought out the desires of the swimmers to determine what it was they wanted to achieve and get out of the sport.

Retired: Chief of Computer Security and Oversight at the Nuclear Regulatory Commission (NRC). Spent almost 35 years in the computer/information technology field working for the Veterans Administration, Army Corps of Engineers, The C & P Telephone Company, National Institutes of Health and the Atomic Energy Commission before retiring from NRC after almost 22 years.